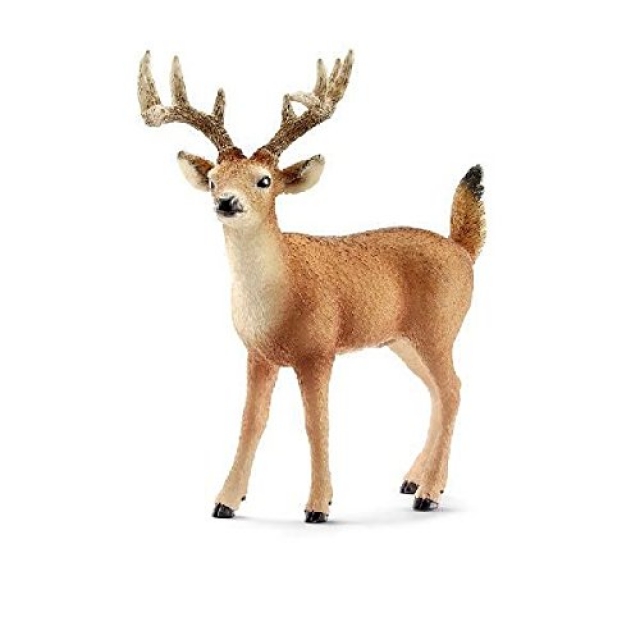 Ask a question about this item

White-tailed buck
This smaller, widespread deer species from North America gets its name from its tail - its underside is always white.

White-tailed deer graze mornings and evenings. They are herbivores and feed on green plants and nuts. Deer live in small groups, usually only the mother and its calves. The males have magnificent antlers and live in small groups of three or four animals. Both the male deer and doe have a red-brown coat in the summer and a grey one in the winter. As they now have almost no natural enemies, deer populations are sometimes so large that they cannot find enough to eat. Deer are ruminant animals like cows, which means they have four stomachs and ruminate half-digested food. This complicated procedure allows the deer to eat twigs for example, which most animals cannot digest.

Fun fact
The white-tailed deer is the symbol for nine states in the USA and two Canadian provinces.

Enjoy great coffee — have it in our little toy shop in Tallinn or take it to go!

We accept Visa and Master Cards:

Shop with peace of mind and ease. Login, check out and wait for the mailman.

OK!
Countries we ship to
We ship WORLDWIDE!